This author has not yet filled in any details.
So far Karen Charney has created 21 blog entries.

Pennsylvania, March 17, 2021: The Global Retail and Manufacturer Alliance (GRMA) announced today the successful completion of the ANSI National Accreditation Board (ANAB) pilot accreditation program. This pilot, which concluded at the end of February, focused on providing accreditation to third-party certification bodies (CBs) to the GRMA Master Certification Program Document.

The scope(s) and standards of this accreditation extend to the following health and wellness categories:

CRN: Quality Is the Price of Entry—Not a Point of Difference

With UL’s active participation in the ANAB – GRMA pilot accreditation program, UL has been recognized by the Global Retailer and Manufacturer Alliance (GRMA) as one of the first qualified and licensed certification bodies for the GRMA certification scheme. The GRMA is a nonprofit Certification Program Owner (CPO) that focuses on the governance of safety and quality system standards for consumer-packaged goods, specifically those related to nonfood products regulated by the United States Food and Drug Administration (FDA).

18 September 2020, Washington, DC – The TIC Council Americas announces that a Memorandum of Understanding (MOU) has been signed with the Global Retailer and Manufacturer Alliance (GRMA) to allow for the sharing of information and collaborations on projects of mutual interest to TIC Council and GRMA members.

Through the MOU, GRMA also recognizes the TIC Council Compliance program as meeting certain requirements of the GRMA trusted partner program – allowing full members of TIC Council to save time and resources when applying for recognition from GRMA as a [Read more]

The Global Retailer and Manufacturer Alliance (GRMA) Governance Board is pleased to announce Allyn Shultis as their new Executive Director.  Previously, Allyn was the GRMA Board Treasurer, and as a Director of Technical Services at First Quality, he was a key contributor to the NSF/ANSI 455 Standards development process.

“The transition from a Board Position to the full-time leadership position was an inevitable progression for Allyn. His leadership and attention to detail makes him the perfect person to carry our mission forward,” says Mike Finamore Chairman of GRMA.

One for all: A deep dive into new GRMA standards

In the rapidly-changing world of retail, one challenge has been consistent: the complexity of compliance. Prior to the introduction of the Global Retailer and Manufacturer Alliance (GRMA) NSF/ANSI 455 standards, safety and quality criteria varied across retailers, creating an ungainly (and for some smaller manufacturers, impossible) web of expectations and requirements in assessing Good Manufacturing Practices (GMPs) for entire aisles of consumer products.

Since 1981, not long after the organization began, Brian Sharoff served as president of the Private Label Manufacturers Association (PLMA). He died May 23 after a brief illness.

Over his nearly four decades leading the association, he oversaw its tremendous growth. The Private Label Trade Show in Chicago, for example, began in 1980, growing from an event with around 50 exhibitor booths to a massive event with 3,000 booths, thousands more in attendees, educational sessions and networking events.

COMMACK, NY (April 15, 2020 ) — Gemini Pharmaceuticals, a family-owned manufacturer of dietary supplements and OTC pharmaceuticals based on Long Island, has worked with Mask A Hero NY to donate over 7000 N-95 style respirator masks to hospitals through Long Island and New York City.

New York State is currently epicenter of the COVID-19 Pandemic, and Personal Protection Equipment (PPE) at the area hospitals is critically low. In partnering with Mask A Hero NY, Gemini Pharmaceuticals has donated over 7000 N95 respirator masks to the New York [Read more]

The GRMA would like to acknowledge the First Quality Group for their significant support of first responders and those impacted by the COVID-19 pandemic. First Quality has made significant product and/or financial contributions to organizations like the Red Cross, local food banks, diaper banks, and hospitals within the US and Canada. 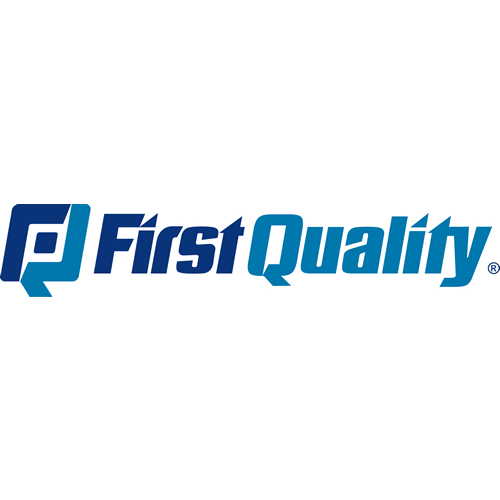 Introduction:
Welcome to our inaugural GRMA Digest.  We have kicked off 2020 with several changes and wanted to share our new address as well as a number of updates with our members and followers.  The GRMA views the Digest as a critical way of keeping our members informed with the organizations progress and available member benefits.  Additionally, the GRMA has hand selected a few key pieces of news articles/industry events and educational Webinars that are influencing the Health & Wellness category.